THE UNIVERSITY OF MÁLAGA

The University of Malaga is a young university founded in 1972. It is a public institution that provides its services in an environment marked by tourist, cultural and technological activity. It was initiated as a popular movement, which resulted in the forming of the citizens' platform, 'Friends of the University of Malaga'. 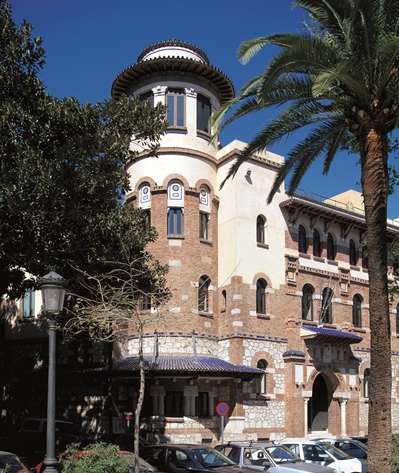 The University was recognised with the Campus of International Excellence and set in a prosperous social and economic environment, but it is also open and participating, and at the service of society. Committed to quality and excellence, the University of Malaga cares about the lifelong education of people. At the same time, it is concerned about the job market and employment, connected to the business world and the public sector, and integrated in the European Higher Education and Research Area. This institution, apart from being competitive in the Andalusian environment, stands out in the national and international arena and it is orientated towards the global knowledge society.

In order to hold this World University Championship, our University counts on numerous alliances as well as the support of different institutions and organizations — High Sports Council, Antequera Town Hall, Malaga Provincial Council, the ASOBAL Handball League, etc. Moreover, the University of Malaga has a great experience in this sport as our team competes in Silver Division (2nd most important Division in Spain), and has been Champion of the European University Championships in 2008 and 2009, finishing in 5th position in 2010.

Antequera represents an excellent place to hold this Championship, as it is an emblematic city with a great cultural and monumental richness and is located in a strategic place of Andalusia, which is linked to one of the most important communications connections in the south of Spain.

It would be therefore a huge honour for us to organize this 9th European Universities Handball Championship.

Rectorate of the University of Málaga

Handball at the University of Malaga

Botanic Garden and Faculty of Science

Sports at the University of Malaga

Faculties of Education, Psychology and Tourism

Sport at the University of Malaga

Faculty of Economics and Business